11 of our favorite teachers from '50s and '60s television

Let's put an apple on the desks of Miss Brooks, Miss Crump, Mr. Peepers and more. 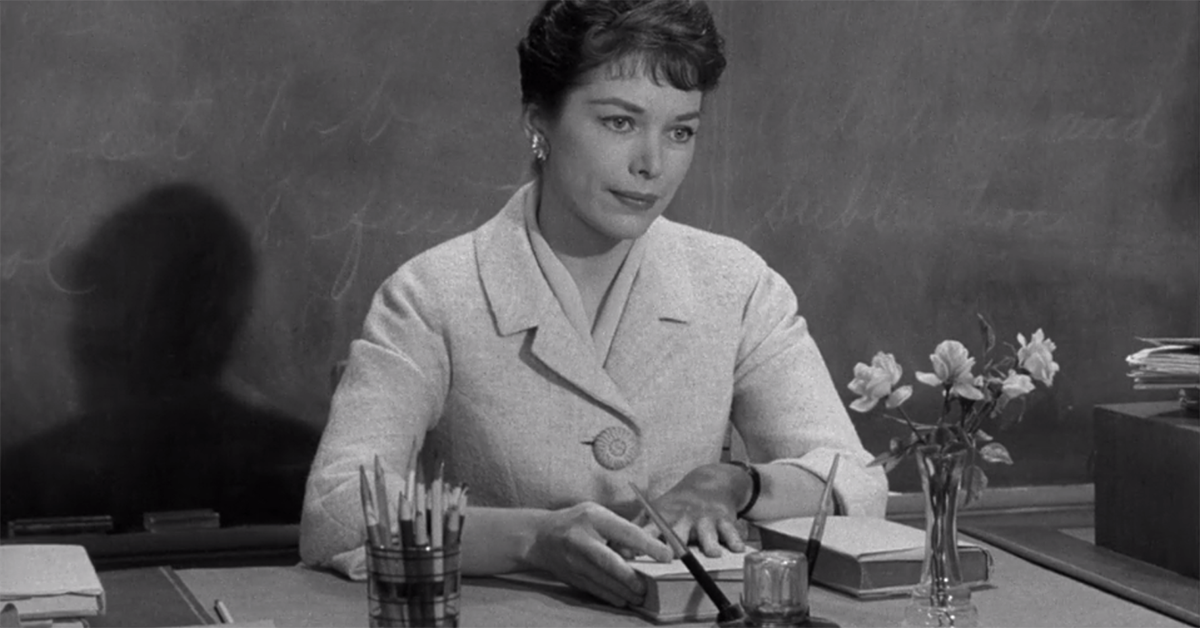 We all had our favorite teachers growing up, the ones who made us see the world in a new way and learn to love learning.

Of course, some of those teachers were entirely fictional because television created dozens of ideal educators. After all, sitcom kids like Opie, Beaver, Dobie and Patty had to go to school.

The peaceful, picture-perfect world of 1950s and 1960s TV gave us some wonderful teacher characters. After all, this was the era of putting apples on desks. Let's take a look at some of the great, midcentury role models from the small screen. 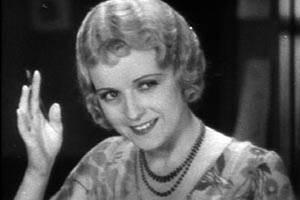 Hearing a name like Crabtree, one might expect a bitter disciplinarian. At least that's what the Little Rascals believed when they first heard about the replacement for their beloved Miss McGillicuddy. The scamps tried to sabotage Miss Crabtree's debut with mice and sneezing powder. Turns out, she was an angelic charmer. Jean Marlowe was a central character in the 1930 Our Gang films Teacher's Pet and School's Out. A new generation of children would fall in love with her thanks to reruns of The Little Rascals in the 1950s.

Sharp, funny and warm, Miss Brooks was a dream teacher. Eve Arden first played the role on radio — a role which was purportedly offered to Lucille Ball. Smart and big-hearted, Arden was one of the earliest depictions of a working woman in a lead role on a sitcom. It's no wonder she would be cast as the principal in the nostalgic Grease. She deserved the raise. 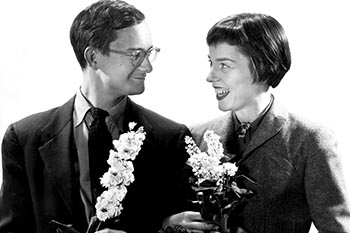 This charming sitcom is too overlooked. Wally Cox played the klutzy, adorably dorky Peepers to perfection. His demure science teacher made the ideal — erm — odd couple with Tony Randall's swaggering Mr. Weskit. Cox would later go on to provide the voice of Underdog. He always was a great underdog. 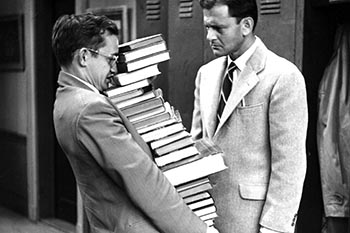 Randall earned a Best Series Supporting Actor Emmy nomination in 1954 for his work as this cool, confident and cocksure teacher on Mister Peepers. Women mailed Mr. Weskit loads of love letters, and it was easy to see why. 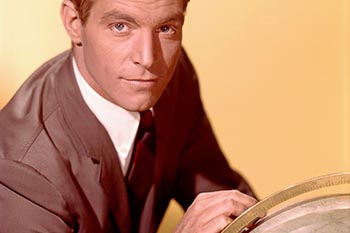 The Dr. Kildare of the academic world, the handsome James Franciscus was rather studly for an educator. His optimistic but tough English teacher strove to improve the lives of his Los Angeleno students. He was the embodiment of early-'60s idealism.

Leander Pomfritt, 'The Many Loves of Dobie Gillis' 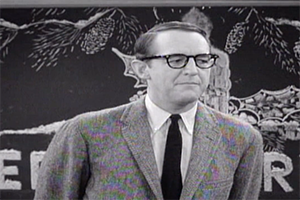 The late William Schallert crafted many memorable characters on television. This early role often gets overshadowed by some of his later work. Mr. Pomfritt had the typical stern exterior and golden heart of onscreen male teachers. He could ride Dobie and Maynard one minute, and give them valuable advice the next. Plus, his surname makes us think of french fries. 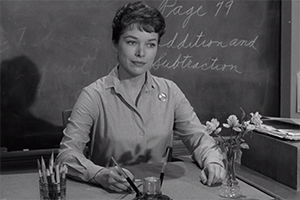 When Opie first tells dad about his new teacher, he refers to her as "old lady Crump." That's how the world looks through the eyes of a child. But how far from the truth that was. Is it any wonder Andy fell in love with her? Opie quickly came around to her, too. Smart, strong and kind — there was no better match in Mayberry for Sheriff Taylor, and the two would eventually tie the knot.

Miss Canfield, 'Leave It to Beaver' 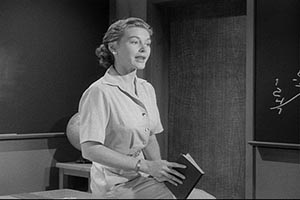 Beaver had a habit of developing crushes on his teachers. His first infatuation was with Miss Canfield, though he had a boyish way of showing it when he put springing snake in her desk. She always had firm control of her class, but was understanding and compassionate.

Alice Landers, 'Leave It to Beaver'

The Beav quickly got over the departure of Miss Canfield. That was thanks to the charming Miss Landers (they were always "Miss," weren't they?) played by Sue Randall.

Andre Malon, the continental professeur, had a brief life on The Patty Duke Show, appearing only in the first episode, but what an impression he made. Just look at those lovey-dovey eyes on Patty. The debonair Jean-Pierre Aumont played the substitute French teacher who puts a spell on the sitcom star. 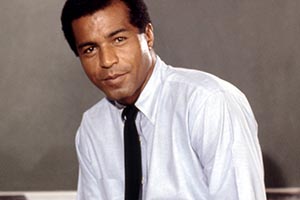 By the end of 1960s, television shows began to shift focus from idyllic suburbia to urban realism. Set in Los Angeles, the pioneering Room 222 depicted the local education system from top to bottom. Pete Dixon, the lead played by Lloyd Haynes, preached tolerance as the students grappled with issues of the era, from war to sexuality. Mr. Dixon was a role model anyone could look up to.

See Also: 24 SCHOOL SUPPLIES EVERY KID WANTED BACK IN THE 1970S 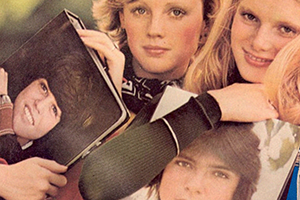 Now that we've looked back at some teachers, let's stock up on some vintage school supplies. READ MORE 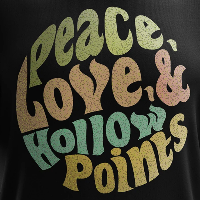 Xsquid 2 months ago
Miss Canfield for the win.
Like Reply Delete

DaveDonaldson 2 months ago
Anyone but Helen Crump.... And why no mention of Mr Belding? 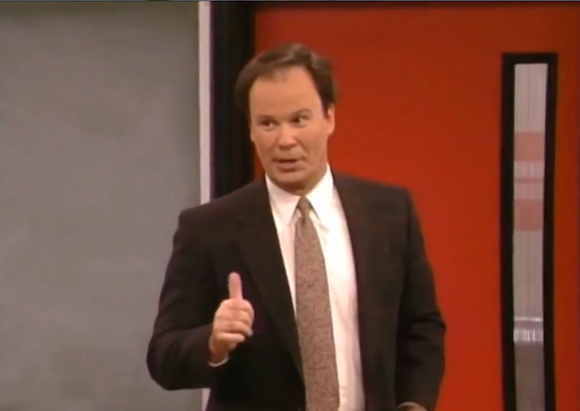 dewayne6365 2 months ago
Most of them were good. I loved Miss Crabtree and Miss Landers. To be honest, never ever liked helen crump.

LanceMcCrickard 2 months ago
There was a match better for Sheriff Andy Taylor. Her name was Peggy McMillan.
Like (1) Reply Delete

Bob 19 months ago
Miss Landers for the win.
Like (2) Reply Delete

ChuckJohnson 19 months ago
How about everybody's returning Sweathog - Mr. Cotter?

LanceMcCrickard ChuckJohnson 2 months ago
That’s the 1970s.
Like Reply Delete