11 board games based on classic TV shows

If the show had viewers, it most certainly had a board game. 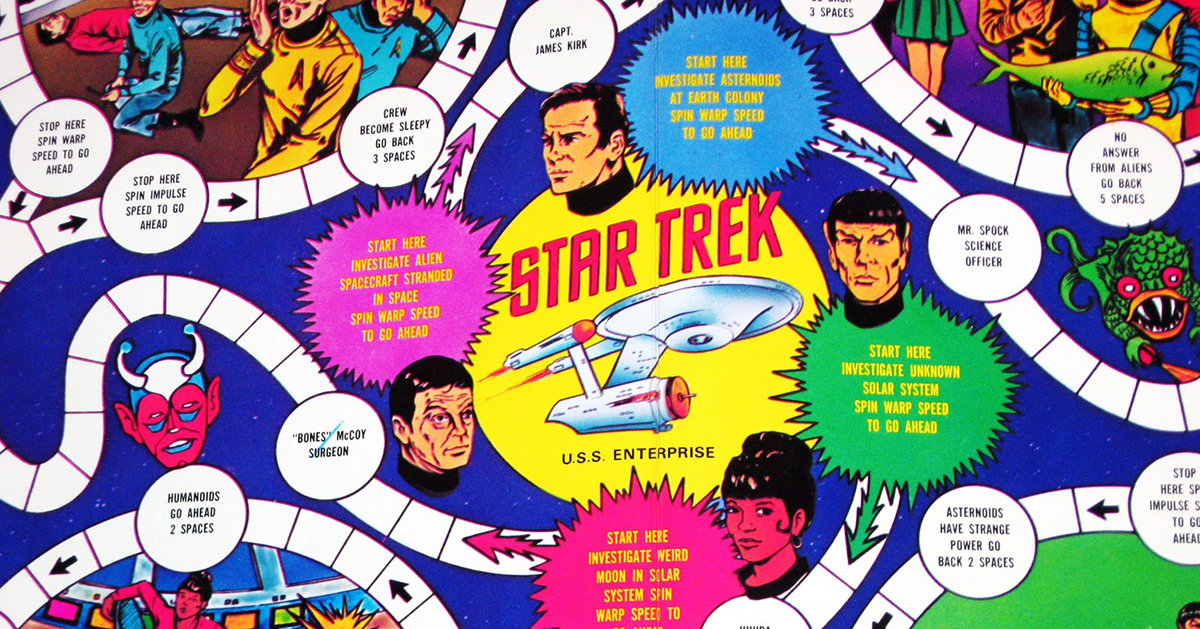 Before there were video games and smartphones, there was the board game. Even though board games don't have the flash of modern apps, they're still a whole lot of fun and offer a great chance to bond with family and friends.

Games like Monopoly and Life have become classics, but some games in the 1960s and 1970s took inspiration from the era's most popular TV shows. Did you have any of the television tie-in games listed below? 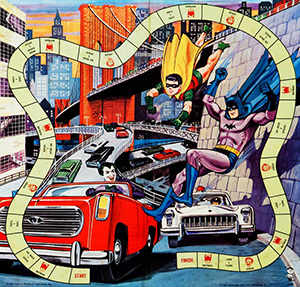 Holy game night, Batman! Several different board games were released in the 1960s and 1970s based on the comic book character. A few took artistic inspiration from the cult 1960s television series. 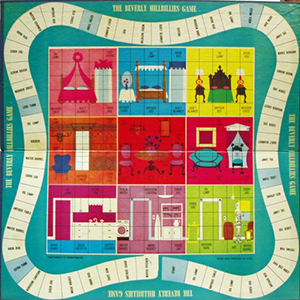 The 1963 board game models itself after nine rooms of the Clampett family's mansion. There's also a path on the outside. 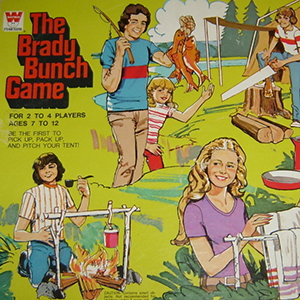 The Brady's board game has the kids go camping. There's nothing too spectacular about the experience — they set up shop, cook food, and even clean up after themselves. Kids who played this may or may not have gotten all the fun out of camping in the comfort of their own living rooms! 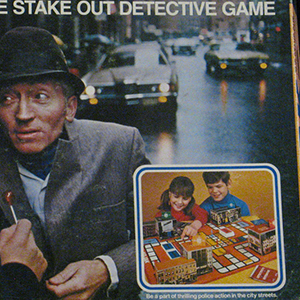 People who played this game, released in 1975, had the incredibly fun task of arresting as many people as possible while trying to solve four major crimes. 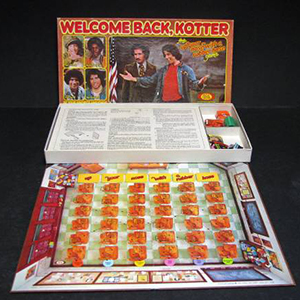 "Up your nose with a rubber hose" was such an iconic line, there is a whole board came centered around that hose. In fact, the whole point of this game was to use cards to spell out the phrase, and the winners earn a little piece of that hose. 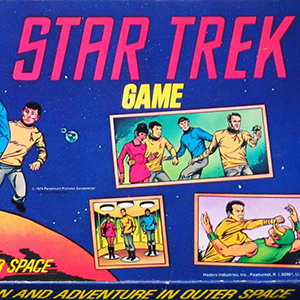 The colorful game was released in the 1970s, after the original series had ended. In it, each character goes on different adventures in outer space. 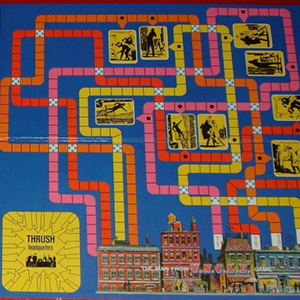 This 1965 game was pretty simple: find your THRUSH agent and deliver him to U.N.C.L.E. Headquarters before your opponents. One interesting aspect about this game is that even though you rolled two dice, you got to choose which die to follow.

Image credit: Back to the Past 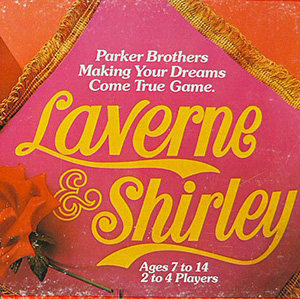 Players had to make all their dreams come true — by going out on as many dates as possible throughout the week! The one who logs the most hours of dating wins. 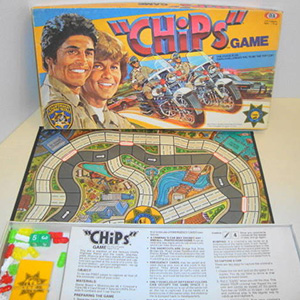 Players transformed into motorcycle cops in this 1971 game (re-released in 1981 with a newer cover). In order to win, each player had to capture all the criminals that matched their color. 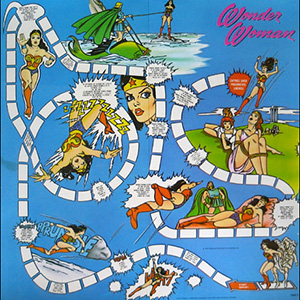 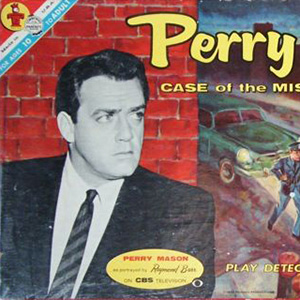 Even though television was in its infancy in the 1950s, board games based on TV shows were already being created. In 1959, the Perry Mason board game debuted. Each player has a case to solve, and the first one to deliver a suspect to the courthouse wins.

Tell us, what was your favorite board game based on a TV show?

PaulFoor 5 months ago
Why was "Emergency" not mentioned?
Like Reply Delete

JosephHyzny 16 months ago
I had the Dark Shadows game complete with fangs.
Like Reply Delete

Joe 28 months ago
Combat! was the best TV board game.
Like Reply Delete

CarlaMoodyRogers 28 months ago
Charlie's Angel's board game was fun.

RobCertSDSCascap 29 months ago
#9- CHiPs debuted in 1977.
Like Reply Delete

Mark 29 months ago
I had the Fat Albert game when I was very young. Fat Albert used to be a Saturday morning staple back in the day.
Like (1) Reply Delete 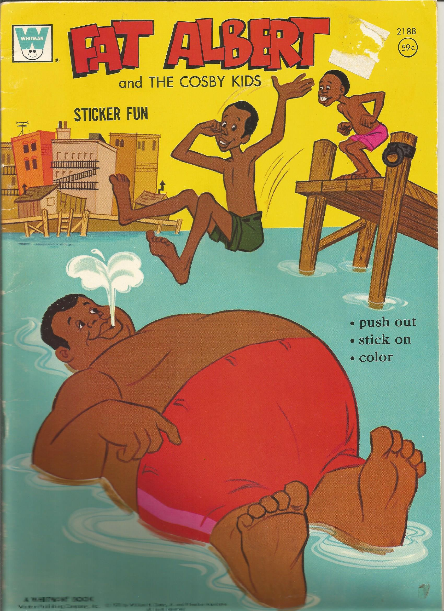 EmBee 29 months ago
I don't really remember playing any tv show board games. There was an interactive game of sorts for Winky Dink and You. It consisted of a sticky screen cover you could color on in accordance with the instructions on the show to enhance the experience. Without it you couldn't see, say, the rocket motor you drew on the screen to make Winky's bike into a motorcycle.
Like Reply Delete

Pacificsun EmBee 29 months ago
I do remember that premise, but we weren't about to write on the TV screen even if there was some kind of cover. I don't know, I might just be me, who's strange (or the people around me) but we didn't associate television with "board games." That's because (at the time) TV was a very real escapist type of entertainment. And if (as a devout fan) you believed in the show, then it wasn't trivialized in some kind of board game, which was obviously "make believe." LOL!!

But those board games mentioned, particularly if unused, are worth SOME kind of money today, as very rare memorabilia, since the market wasn't really flooded with them, such as would be the case today!
Like Reply Delete

RobCertSDSCascap 29 months ago
My favorite. Also my favorite 1970s board game. 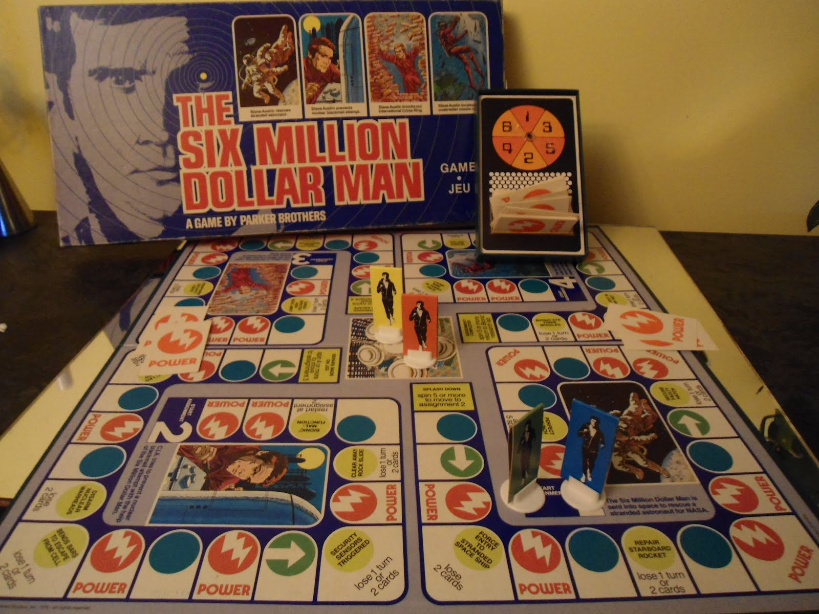 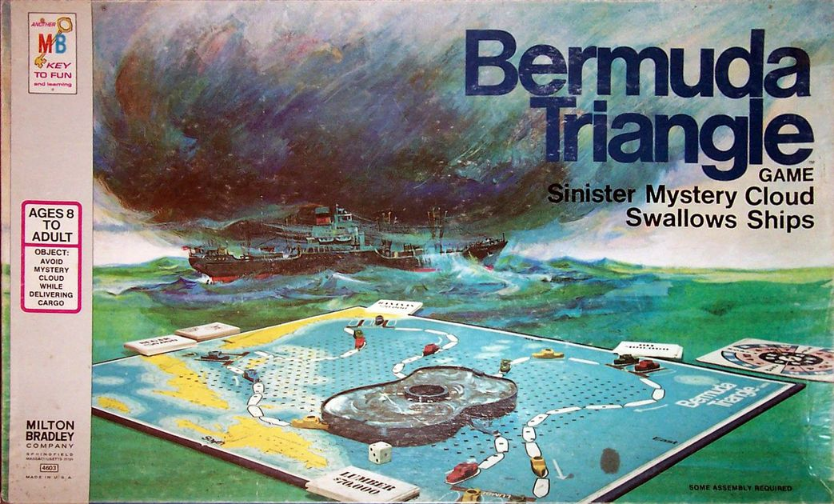 rycki1138 RobCertSDSCascap 28 months ago
I had that 6 Million Dollar Man board game.
Like (1) Reply Delete

RobCertSDSCascap rycki1138 28 months ago
Family board game night was amazing, even after we got our first Atari.

DwWashburn 31 months ago
I played the Man from U.N.C.L.E. game until the board broke and the cards were so rubbed that you could not see the spy pictures. And why no Monkees board game shown?
Like (1) Reply Delete

Pacificsun DwWashburn 29 months ago
Good for you! MFU ... a great show!!
Like Reply Delete