10 incredibly fun things we will never find at playgrounds today

Kids today will never have to suffer from hot metal slides. 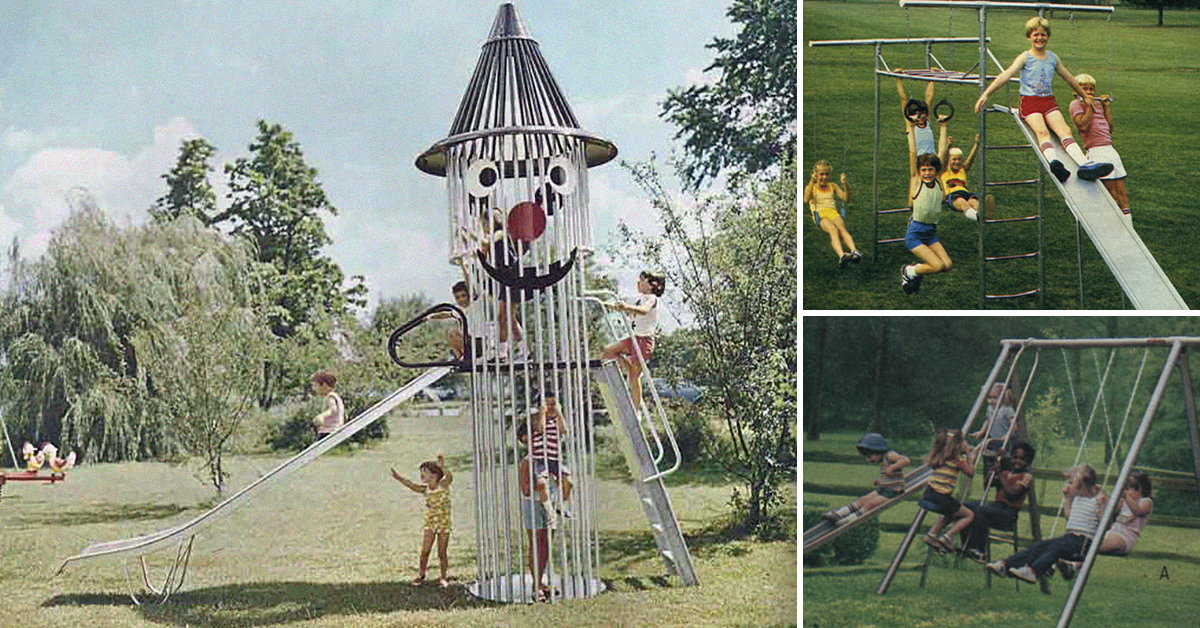 No matter how different our childhoods were growing up, we all had one thing in common: the playground. It was the first place we learned how to socialize, make new friends and create new rivalries. Most importantly, it was where we had fun and let off some steam.

Playgrounds back then were nowhere near as fancy as they are today. All we needed were a couple of swings, a slide, maybe a roundabout and plenty of room to run around and play.

Granted, we didn't have the best equipment either. Who remembers the feeling of going down a metal slide during the dog days of summer? Or the feeling of a swing set ready to fall apart the higher we swung? We didn't need state of the art technology to have fun. We made due with what we had.

That brings us to say, kids today will never know the joys of playgrounds from back in the day. Here are 10 reasons why this generation is missing out. 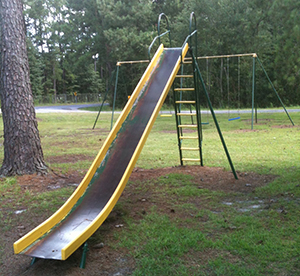 A metal slide combined with a sunny July afternoon meant trouble. These numbingly hot slides left red marks up and down our legs, but that was the price to pay for so much fun. Let's not forget about the rust some of the older slides accumulated.

With possible tetanus and burn marks, these slides are a lawsuit waiting to happen. Most of the newer playgrounds only have plastic slides, ensuring kids won't get first-degree burns during recess anymore. 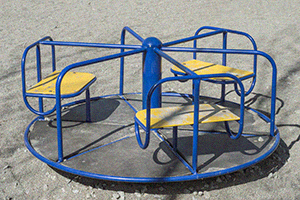 Having scrapes and bruises was just another rite of passage for us growing up, thanks to playgrounds that were built on blacktops. Whether it was jumping off the swing set, sliding into home plate during kickball or falling while playing tag, asphalt ensured we wouldn't get out of playtime unscathed.

Eventually, asphalt gave way to wood chips, providing a slightly more comfortable experience. More recently, wood chips have been eclipsed by rubber padding, ensuring no kid will ever get a scrape or bruise again. 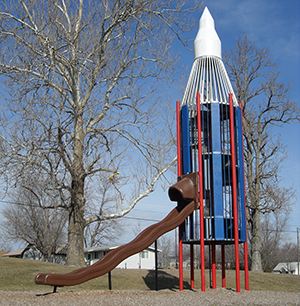 It was important to be reminded about the looming threat of the Cold War at a all times, which is why so many playgrounds had slides shaped like rocket ships. The Space Age let us believe we were Apollo 11 once we shot out of the top and landed on the "surface of the moon" (asphalt) at the bottom. 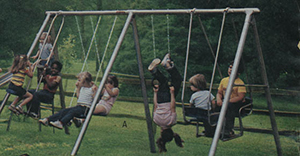 Forget about rocket slides. The closest way to reach outer space was the swing set. Who remembers the feeling of going so high you almost lifted out of the seat? That feeling, paired with the uncertainty of whether the swing set would stay fastened to the ground, provided for a thrilling experience. 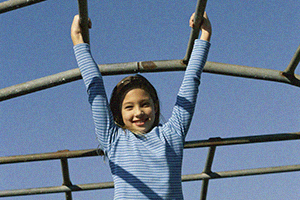 We might still be able to find these at playgrounds, but we can also be certain they're not as fun as they used to be. Monkey bars were the ultimate test of strength, leading to blistered hands and scraped knees from letting go prematurely. And if another kid started crossing from the other side, it was a battle to the death, or until one of us fell off. 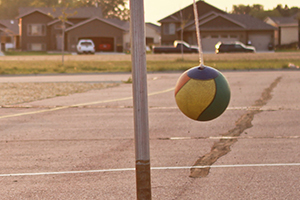 Playing with a tetherball was also a guarantee that we would get whacked in the face at some point during the game. If we were playing against someone we didn't like, then the whole point was basically to hit them upside the head. Anything less would be an utter disappointment.

The point of the roundabout was to pile as many of us onto the contraption as possible, then spin it faster and faster until someone flew off (onto the asphalt, of course). Half of the fun of the merry-go-round was wondering whether the piece of equipment would detach and fly off into space. 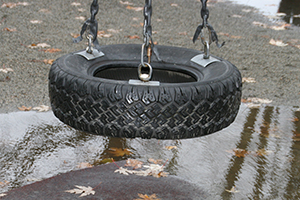 We don't see many of these anymore, and we're not quite sure why. Maybe tires have lost their appeal on today's materialistic youth compared to the fancy rubber padding or plastic slides.

But we all know the tire swing was one of the best aspects of the playground. It was like the roundabout and swing combined to create twice the fun. If you didn't get dizzy, you weren't doing it right. 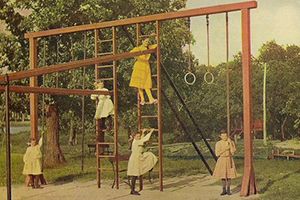 A common theme for playgrounds was not only to expose us to inadvertant danger, but also make us dizzy to the point where we couldn't stand. An important staple we can't find at the playground anymore is the witch's hat. We would grasp the side of it and run around to make the witch's hat spin. Once it had reached optimal speed, we could throw our legs up in the air and be flown around for a few moments. Only to fall and scape our knees. 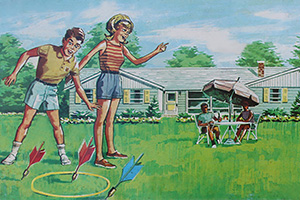 You thought old playgrounds were bad? Here are 12 more reasons why kids from the '60s and '70s were the toughest in history! Read more.

PatrickRsGhost 18 months ago
I remember one of the playgrounds (yes, plural) at the apartment complex I lived in as a kid had one of those merry-go-rounds. Every morning before the buses picked us up, many of the younger kids would get on the merry-go-round, and the older kids would spin us as fast as it could go. It might have been painted at one time, but the complex was already at least 20 years old when I lived there, so the paint had already chipped away, exposing the rusted metal. What paint was still on there would flake off due to sweat, and was no doubt lead-based. When the buses were due, we'd all get off, staggering around like a bunch of drunks on St. Patrick's Day.

Yes, they got rid of the metal slides, but now you have the plastic slides that will turn you into the human version of Pikachu when the weather conditions were right and if you were wearing clothes made with certain materials. Go up to an unsuspecting victim and ZZZZAAAAPPPP!
Like Reply Delete

idkwut2use 29 months ago
Ack, the playground at my elementary school was epic. Asphalt, tetherball, tire swings and a big climby thing consisting of nine tires linked by chains...monkey bars, chain ropes, swings, a huge wide metal slide, a pole, etc...so many memories. After I graduated it got renovated with the bloody rubber and different stuff, which was heartbreaking.
And nearby ones at parks had the roundabouts and tandem swings and whatnot. The most memorable thing was a jungle gym shaped like a tractor.
Our backyard swingset and see-saw were wooden (but the worst "splinter" I ever got was a big old sharp piece of wood sticking out of the floor inside, I guess when it was still new...or a piece had somehow split...hurt like a mother but didn't keep me from the gymnastic-themed birthday party I'd been invited to that night.) It had a rope ladder, slide, bars to climb across, maybe hangy-rings if I'm recalling correctly...drat you bringing on the nostalgia...
Like Reply Delete