Characters like Lenny, Squiggy, Norm and Goober were members of brotherhoods of the Raccoons, Camels, Leopards and more. 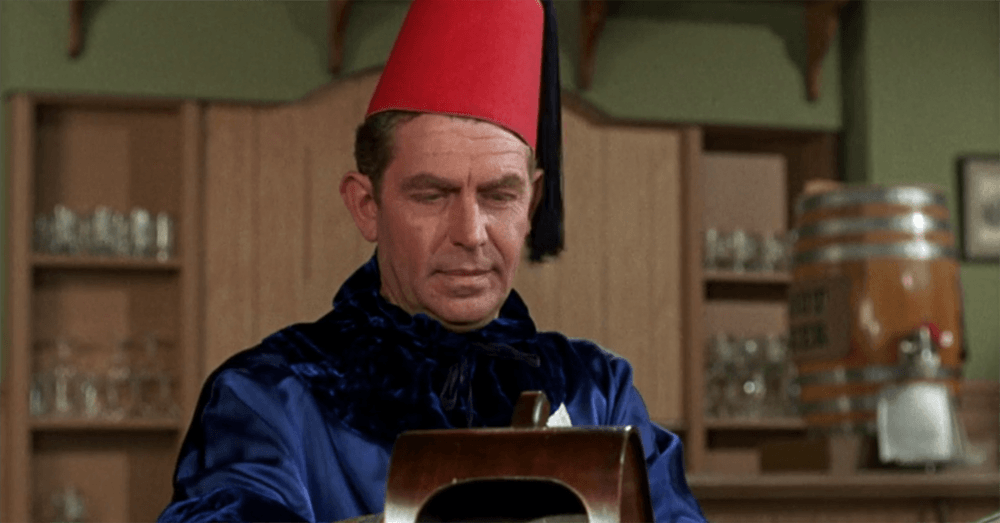 Member to fraternal orders like the Freemasons, the Shriners, the Elks Club and the Moose Lodge was a common practice for the generations of the 20th century. Sears catalogs feature pages of masonic rings and tie clips shaped like scimitars. If there is any doubt as to how widespread these groups were, just look at the television of the era. Most of our beloved sitcom characters of the 1950s and 1960s belonged to such organizations — Andy Taylor, Ralph Kramden, Lenny & Squiggy.

The outfits, secret handshakes and honorary animals of these fictional societies were quite creative. Here is a brief tour through the fictional lodges and fraternities of television. Which one would you want to join?

1. Benevolent Order of the Bison Lodge on 'The Many Loves of Dobie Gillis' 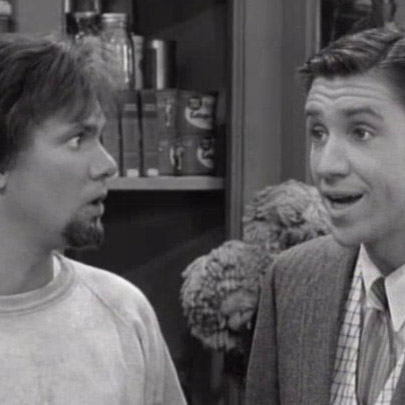 Herbert Gillis is elected Grand Exalted Bull Bison of his lodge, but first must pass the inspection of the visiting Grand Exalted Bull Bison from Cleveland. The whole Gillis clan must be upstanding, but after a mix-up, Dobie and Maynard must switch places to prove the family's worth. The personality swap, with Bob Denver playing clean-cut, makes "Dobie Goes Beatnik" one of the most memorable installments of this sitcom. 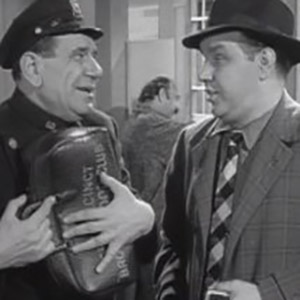 In "Put It in the Bank," Gunther Toody (Joe E. Ross) becomes an unlikely treasurer of the police society and looks to invest $800 of the club's cash in the stock market. 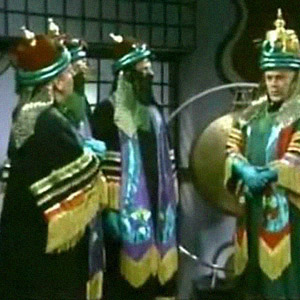 In "Fangs a Lot, Mama," Vinton is aching to join the men-only snakes. Yet some of the group's arcana practices raise an eyebrow with Naomi and Mama. Vint makes cheat sheets to help him pass the membership ritual, but Mama swaps them with recipe cards. The Cobras certainly have the most elaborate outfits of these TV societies.

4. Fraternal Order of the Bass on 'Laverne & Shirley' 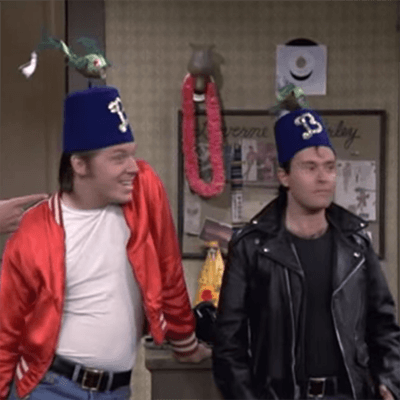 Membership perches… er, perks include a weekly fish fry and a blue fez topped with a fish and bedazzled with a 'B' similar to one of Laverne's sweaters. "Do you have to feed those hats?" Laverne asks. "We spend the week in Chicago and do nuttin' but spawn," Lenny jokes. At the lodge, he and Squiggy perform the secret greeting — puckering your lips in a fishy manner while wiggling your fingers aside your face like gills. See it all in season four's "Playing the Roxy."

5. Knights of the Scimitar on 'Cheers' 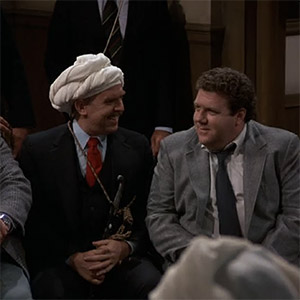 In "Knights of Scimitar," Norm looks to join Cliff in wearing the white turbans and swords of the Scimitars. Despite his initial trepidation, Norm is happy to join the brotherhood… until minutes later, when it is announced that beer has been banned. 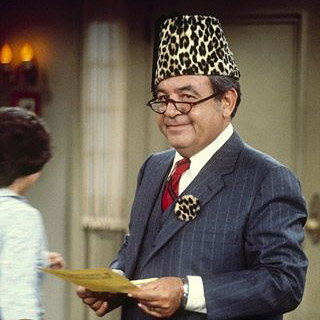 Naturally, Howard Cunningham is the Grand Poobah of Leopard Lodge No. 462 in Milwaukee. In "Poobah Doo Dah," from season nine, Al promises to his fifth cousin (once removed) Frankie Avalon to perform at the Leopard Lodge's 15th annual musical show. This being television, the singer indeed shows up.

7. Loyal Order of Water Buffalo on 'The Flintstones' 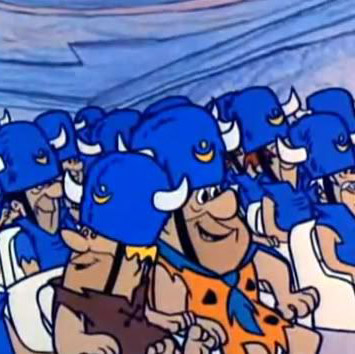 Fred and Barney frequently donned the fuzzy blue hats of Water Buffalo. The lodge was led by Grand Poobah Sam Slagheap. The actor, Doug Young, also provided the voice of Bigelow the mouse on Yogi Bear.

8. Loyal Order of Raccoon Lodge on 'The Honeymooners' 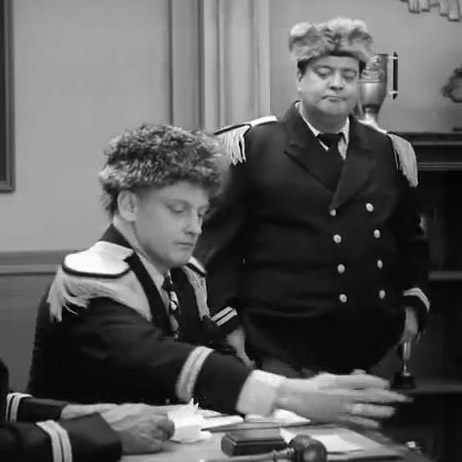 A chalkboard at the lodge, a much-used set in the early sitcom, suggests that loyal member Ralph owes some membership dues. Still, he and Norton often hang out with the Raccoons. "An Emergency meeting is an Emergency meeting—never a poker game. An Executive Meeting, that's a poker game," Ed quips. In "The Deciding Vote," Ralph loses the election for convention manager by one lousy vote.

9. Regal Order of the Golden Door to Good Fellowship on 'The Andy Griffith Show' 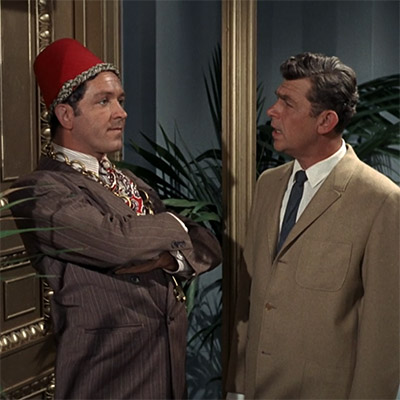 Goober is the Keeper of the Door. The secret password? "Geronimo!" You won't need to whisper it to step inside this exclusive Mayberry meeting hall in "The Lodge," the second outing in the colorful seventh season. Andy serves at the proctor during Howard's membership election. 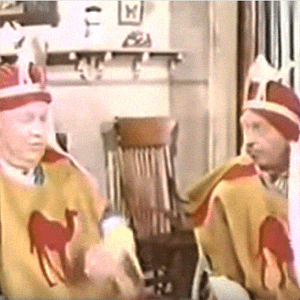 The generation gap leads to discord in Hooterville during the annual Founder's Day celebration in "A Man Called Cyrus Plout." The Camels' lodge is hosting the festivities, which includes a pageant about the history of the town, including a controversial number on the modern age with Billie Jo, Bobbie Jo and Betty Jo in miniskirts. This was 1969, after all.

CraigGustafson 16 months ago
"some of the group's arcana practices raise an eyebrow"
You mean "arcane," right?
Unless they spend their meetings doing tarot readings.
Like Reply Delete

cookiegirl1957 16 months ago
you forgot uncle charlies club(my three sons). Uncle Charlie, as he was called in his later years, was a distinguished member of the Independent Order of Odd Fellows and helped establish lodges in fifteen Texas towns.