As Patty and Cathy Lane, Duke was double the teen idol. Learn how The Flintstones, Laverne & Shirley and the Beastie Boys all link to the hit sitcom. 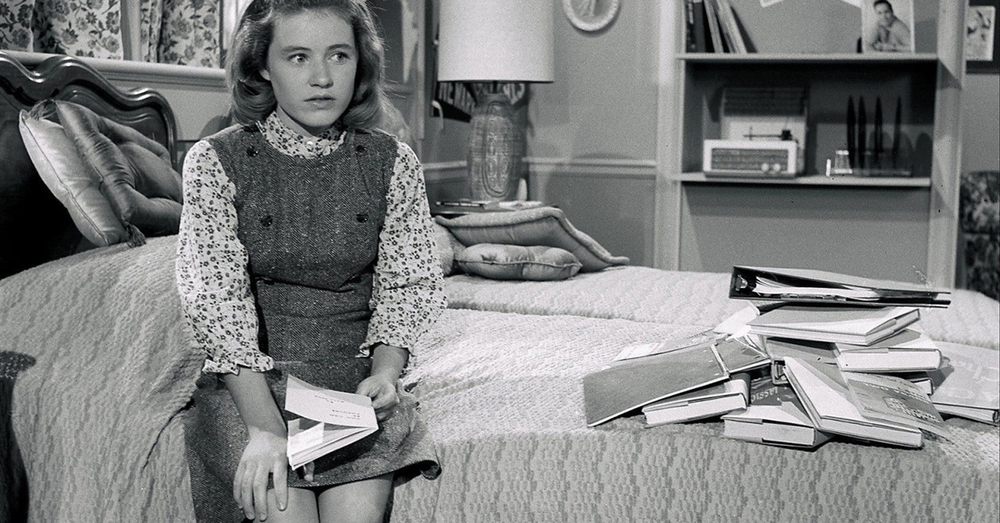 To say that Patty Duke has led a full and fascinating life is an understatement. She was a game show winner, singing sensation, television star and Academy Award winner — all by the age of 18. She kickstarted her adult career with The Valley of the Dolls, and continues to act on television to this day. She has seen her son, Sean Astin, act in blockbuster films. She was a pioneering spokesperson for bipolar disorder awareness. And she detailed her life openly in a memoir, Call Me Anna.

In short, Patty Duke is awesome.

The sitcom aired from 1963 to 1966 and perfectly captured the teenage experience of the era — both sides of it, as Duke portrayed "identical cousins" Patty and Cathy Lane. (Well, and one other character, but we'll get to that.)

The series bubbled over with rock & roll energy (thanks to the American Patty Lane) and sensible values (thanks to Scottish Cathy). So let's grab a hot dog and lose control! Here are some things you might not know about The Patty Duke Show.

1. The sitcom was shot in New York City. 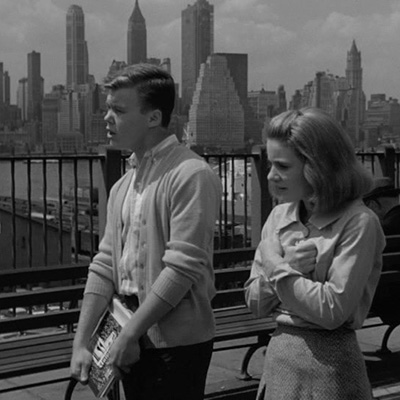 Like Naked City and Car 54, Where Are You?, The Patty Duke Show bucked the trend of producing television in Los Angeles and shot on location in New York City. The production set up in Chelsea Studios, former home of The Phil Silvers Show (and current home to Wendy Williams). Yet the decision was made for somewhat odious reasons — the more lenient New York State child labor laws allowed the producers to work Duke longer hours. The crew also shot around her fictional stomping grounds in Brooklyn, as you can see in the still. Unlike the Ricardos' apartment, the Lane family home has a real NYC address, 9 Remsen Street, on a waterfront cul de sac in Brooklyn Heights. We placed it on our map of New York City sitcom homes. Hopefully they held onto the place. The houses at the end of Remsen are now estimated to be worth around $3–$5 million, according to Zillow.

2. The theme song is sung by the same vocal group behind 'The Flintstones' theme. 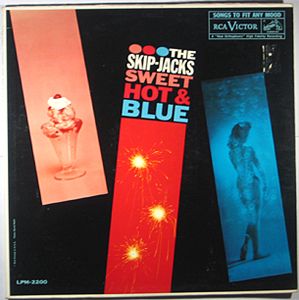 The Skip-Jacks may not be a household name. The coed vocal group only cut two albums of lounge music for RCA in 1959 and 1960, Let's Get Away from It All and Sweet, Hot & Blue. Yet the harmonic act is responsible for a song most anyone can sing, "Meet the Flintstones." Their theme song from Patty Duke even begins, "Meet Cathy…" Of course, who could forget the most famous line regarding Patty Lane? "A hot dog makes her lose control." We suspect a hot dog would have made Fred Flintstone lose control as well. 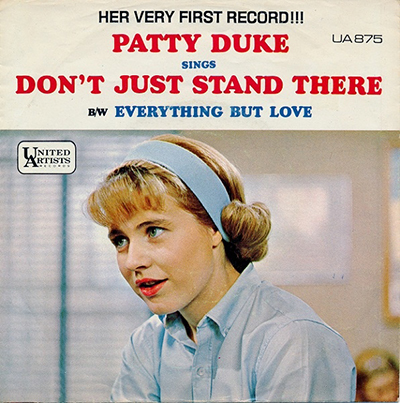 Oddly, the show did not utilize its own multimedia star for the theme song. In 1965, Duke reached No. 8 on the charts with "Don't Just Stand There," a dessert of dramatic teen pop. Duke also performed twice on Shindig! Watch her singing her hit. 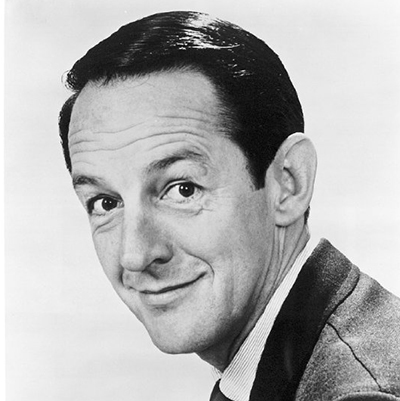 While the show centered around "identical cousins" Patty and Cathy, a third cousin, Betsy, pops in from Tennessee in "The Perfect Hostess." In that episode, Duke is therefore also jokingly credited as a "special guest." What made these cousins look alike? Well, they were the children of identicals, Martin, Kenneth and Jed Lane, all played by William Schallert.

5. Patty's body double went on to be a soap star. 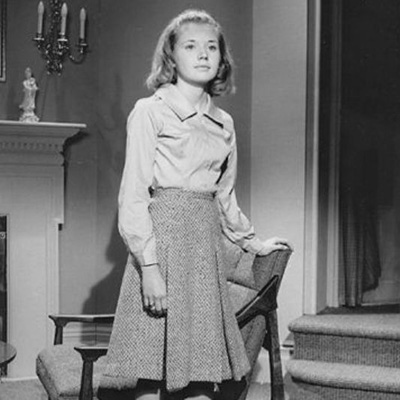 To pull off scenes with Cathy and Patty, the show utilized camera tricks and body doubles. When you see the back of one cousin's head in a conversation, it is likely Rita Walker (née McLaughlin). From 1970 to 1981, the actress would get to show her face — and skills — as Carol Deming on As the World Turns. 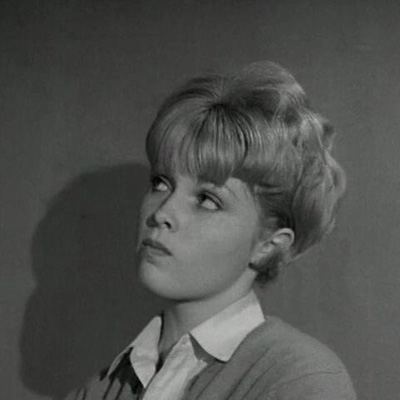 When the cast reunited in 1999 for the TV movie The Patty Duke Show: Still Rockin' in Brooklyn Heights, most of the actors reprised their original roles. One actor to not return was Kitty Sullivan, pictured, who played school rival Sue Ellen. In the modern update, Cindy Williams of Laverne & Shirley fame stepped into the role of the arch-nemesis, who is seeking to tear down the old school. 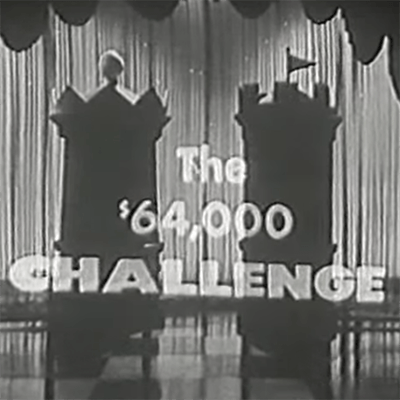 The infamous Quiz Show Scandals of the 1950s shook the entertainment industry and the audience's faith in television. Duke was in the middle of the mess, as she won 32 grand at the age of 12 on The $64,000 Challenge, a spin-off of The $64,000 Question. As host Sonny Fox later told PBS in a documentary about the scandal, "They coached her… That's when she was about twelve. Three years later she's about fifteen, she was summoned down to the Senate to testify in their investigation and she was coached again in how to lie to the U.S. Senate." When pressed, Duke broke down and finally spilled the beans. 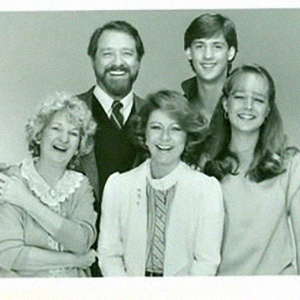 In 1982, the creator of Soap and Benson launched the Patty Duke vehicle It Takes Two. The sitcom only lasted a season, but the failure was hardly the fault of casting. A young Helen Hunt and Anthony Edwards, eventual television stars themselves, played the teen children. Fun fact: The kitchen set was recycled for use and hardly changed as the kitchen in The Golden Girls.

9. Comedian and podcaster Marc Maron was falsely credited as being on the show. 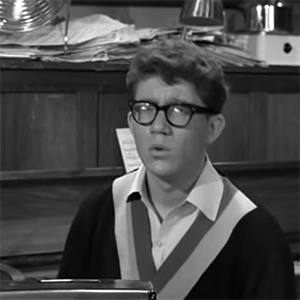 Comedian Marc Haron hosts the top 20 podcastWTF. In one episode, Maron explained that he had erroneously been credited by the Internet Movie Database as having appeared on The Patty Duke Show, which would have been impressive given he was born the year the show debuted. The confusion came from a teenager named Marc Maron appearing as "Walter" in "Patty Pits Wits, Two Brits Hits," which also guest starred the pop duo Chad & Jeremy.

10. The show is mentioned in two Beastie Boys songs. 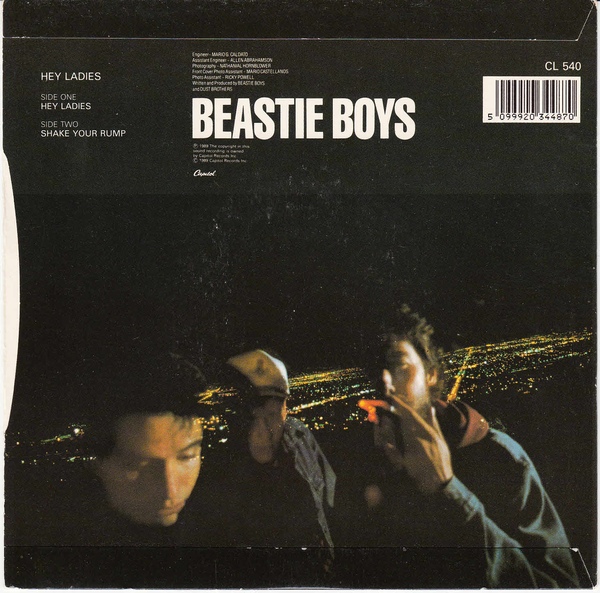 Beastie Boys lyrics are riddled with television references, from Columbo to Three's Company. In the 1989 single "Shake Your Rump," Mike D boasts about his many dance moves: "The Patty Duke, The Wrench and then I bust the tango." He is referring to the manic moves shown by Patty in the opening credits. As a reminder, five years later on "Get It Together," the rapper reiterated, "I do the Patty Duke, in case you don't remember."

geatornez82 6 months ago
Here's another piece of trivia! Anybody out there familiar with "The Electric Company?" Well, on "The Electric Company," there was a recurring sketch known as "Fargo North, Decoder" (ha ha ha). Fargo North was played by a man named Skip Hinnant. Mr. Hinnant appeared on several episodes of "The Patty Duke Show" as one of Cathy's boyfriends, Ted, in at least three episodes (maybe four, there are some episodes I don't particularly care for).
Like Reply Delete

MosheFeder 20 months ago
Fascinated to learn that the same vocal group sang two of the catchiest sitcom themes. Now I want to hear the Skip-Jacks own LPs!
Like Reply Delete