10 drug store chains you will never shop at again

Before CVS, there was Rexall. 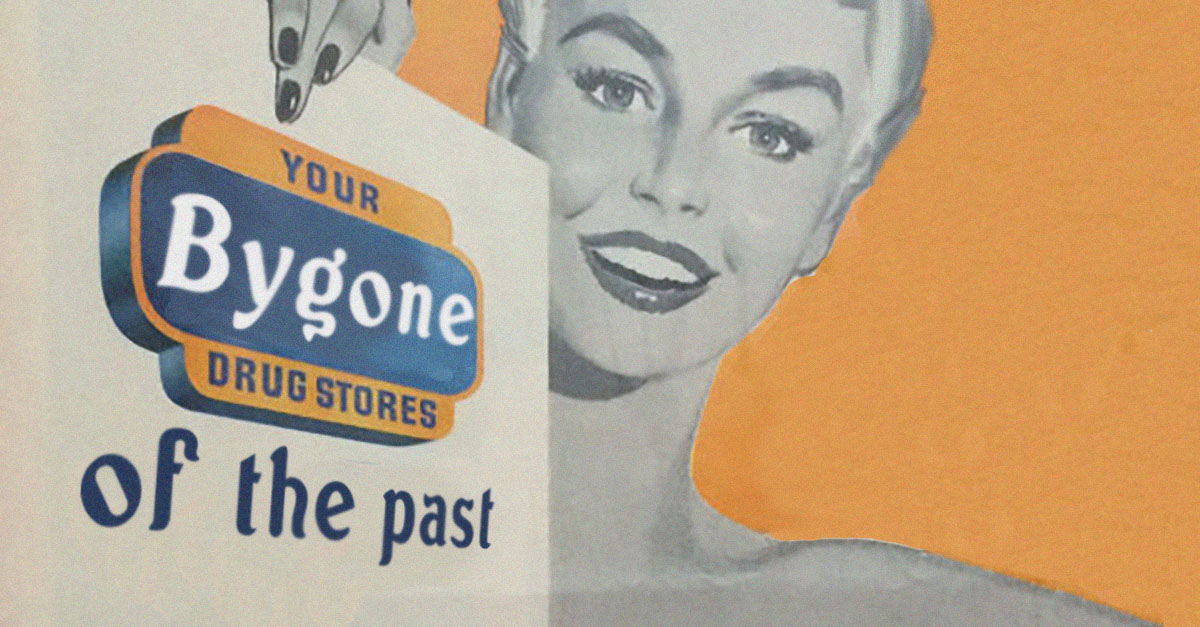 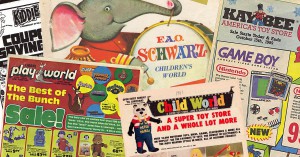 7 toy stores you will never shop at again

No matter where you are in America, odds are there is a CVS, Walgreens or Rite Aid nearby. And those last two companies are looking to merge.

This, of course, used to not be the case. Before being gobbled up by bigger fish, drug store chains were regional phenomenon. Before that, they were largely local mom-and-pops.

Drug stores were once far more than pharmacies, or just some place to run in and pick up ibuprofen and whitening strips. No, when we were growing up, drug stores were comic book shops, soda fountains, discount record depots, toy stores and so much more.

Let's take a look at some of the defunct names that once covered the land. 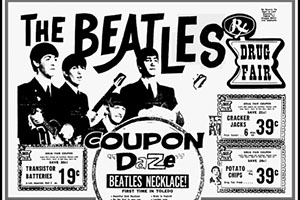 Drug Fair began in 1954, and a decade later they were pushing Beatlemania gear seen in this vintage ad. You could pick up the exclusive Beatles Necklace (for the "First Time in Toledo!") for a mere 99 cents. 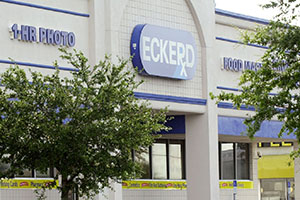 Those from the South will certainly remember Eckerd — and the chain spread across the country to become the fourth largest chain in the U.S. Another chain remembered by Southerners was Treasury, an endeavor under the Treasure Island corporate umbrella. 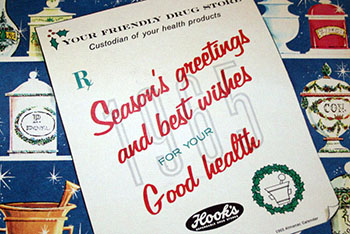 Hook's is admittedly more obscure, mostly confined to the Indiana area. However, we just really liked this cool holiday calender from 1965. There is also a Hook's Drug Store Museum on the Indiana State Fairgrounds, for those who want to take a step into the pharmacies of the past. 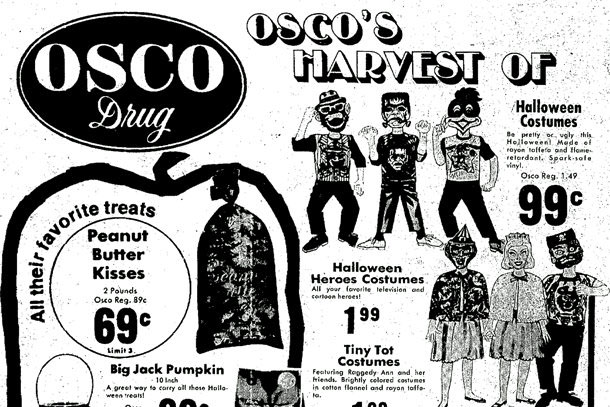 Chicagoans will certainly recall the ubiquitous Osco chain, which used to be headquartered in the massive Merchandise Mart downtown. However, the company traces its roots back to Minnesota, where L.L. Skaggs opened the first store, then called Pay-Less. (Not to be confused with the Payless below.) The Skaggs family also owned a now defunct sister chain, Sav-On. 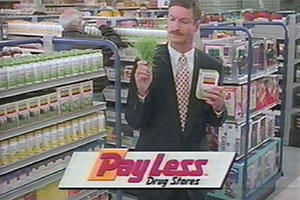 L.J. Skaggs (a different Skaggs) opened a Payless — minus the hyphen — in Tacoma, Washington. Eventually, the booming company merged with another giant, Thrifty. 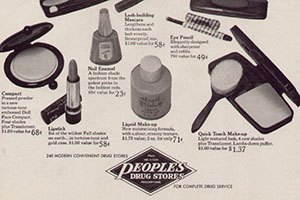 In the early 1970s, Peoples doubled in size from 252 stores to 500 locations, spread across the Atlantic states to Ohio. Eventually, it merged with Lane Drug, and included subsidiaries like Dynamic Drug, Health Mart, Reed Drug and Lee Drug. In the end, they would all become CVS. 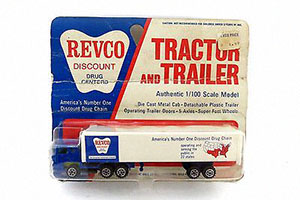 Another Ohio-Atlantic chain gobbled up by CVS was Revco. We love this toy truck, which shows the company's reach on the back of the trailer. 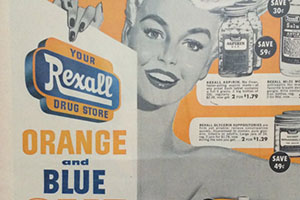 Perhaps no name better encapsulates the midcentury drug store than Rexall. There were once about 12,000 drug stores carrying the Rexall name in America, hanging its distinctive orange and blue shingle out front. You can still find remnants, like at the Kosirog Pharmacy in Chicago's Ukranian Village. There are still Rexall health supplements made today. Oh, and if you're Canadian, you're likely confused right now, because Rexall remains a massive chain up north. 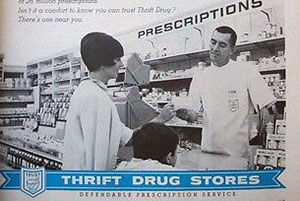 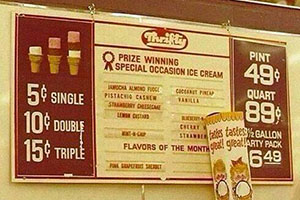 The Thrifty name and logo survive thanks to the company's knack for making delicious ice cream. However, it costs a lot more than five cents for a single today. Honest question: Why get a ten-cent double when you could get two five-cent singles and double fist it? Twice the cone! 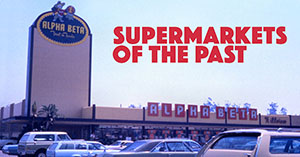 Keep on shopping through your memories… READ MORE

JohnBates 20 months ago
You can get Rexall products at Dollar General stores.
Like Reply Delete

idkwut2use 20 months ago
Omg, I remember Eckerd. ;; And I miss PayLess SHOE Source. ;) Also recall some of the other names, like Rexall and probably Drug Fair and Thrift...
Like Reply Delete